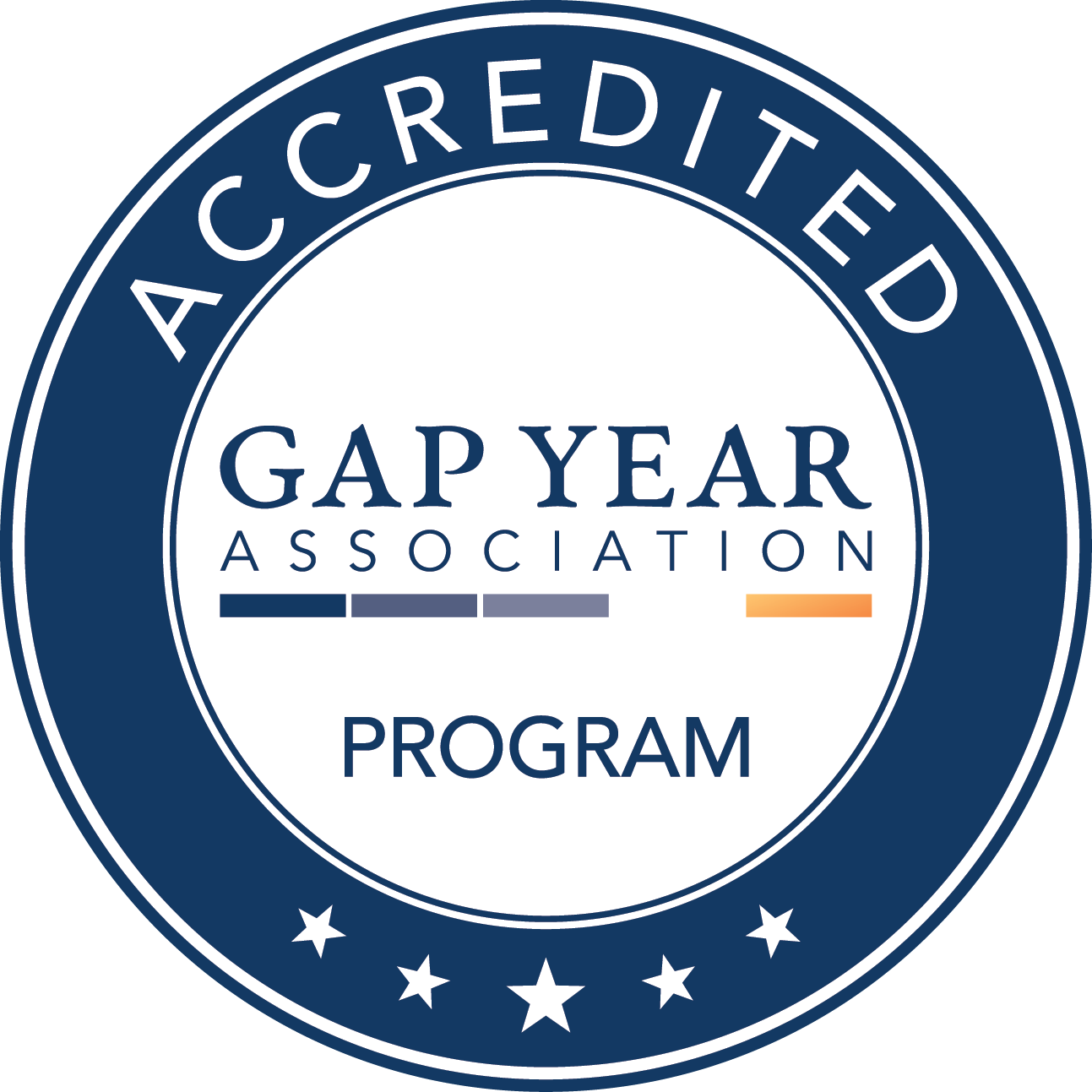 We are delighted to introduce you to our expert team of local artists whom you’ll be working with throughout the Irish Arts and Culture Program.

Michael will be working with his students to develop their drawing tecniques while creating a body of charcoal drawings that reflect their experience in Ireland. 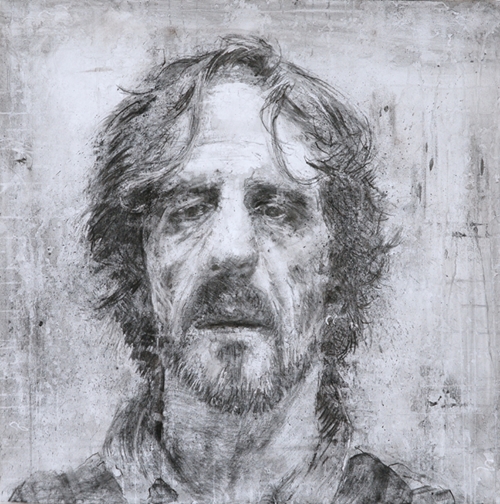 Ken Gunning: In his own words – ‘’I explore and experiment across traditional mediums as well as items found or searched out with conviction to explore materialism through installation. Often discarded, and recycled I bring a sense of play to them turning them into structures that sit in the space of the gallery and leave room for the viewer to piece the layers together and form a functional piece that can be viewed from multiple angles.’’ Ken’s work with our students may take on many forms and is based on what objects the gappers are able to scavenge, salvage or find. 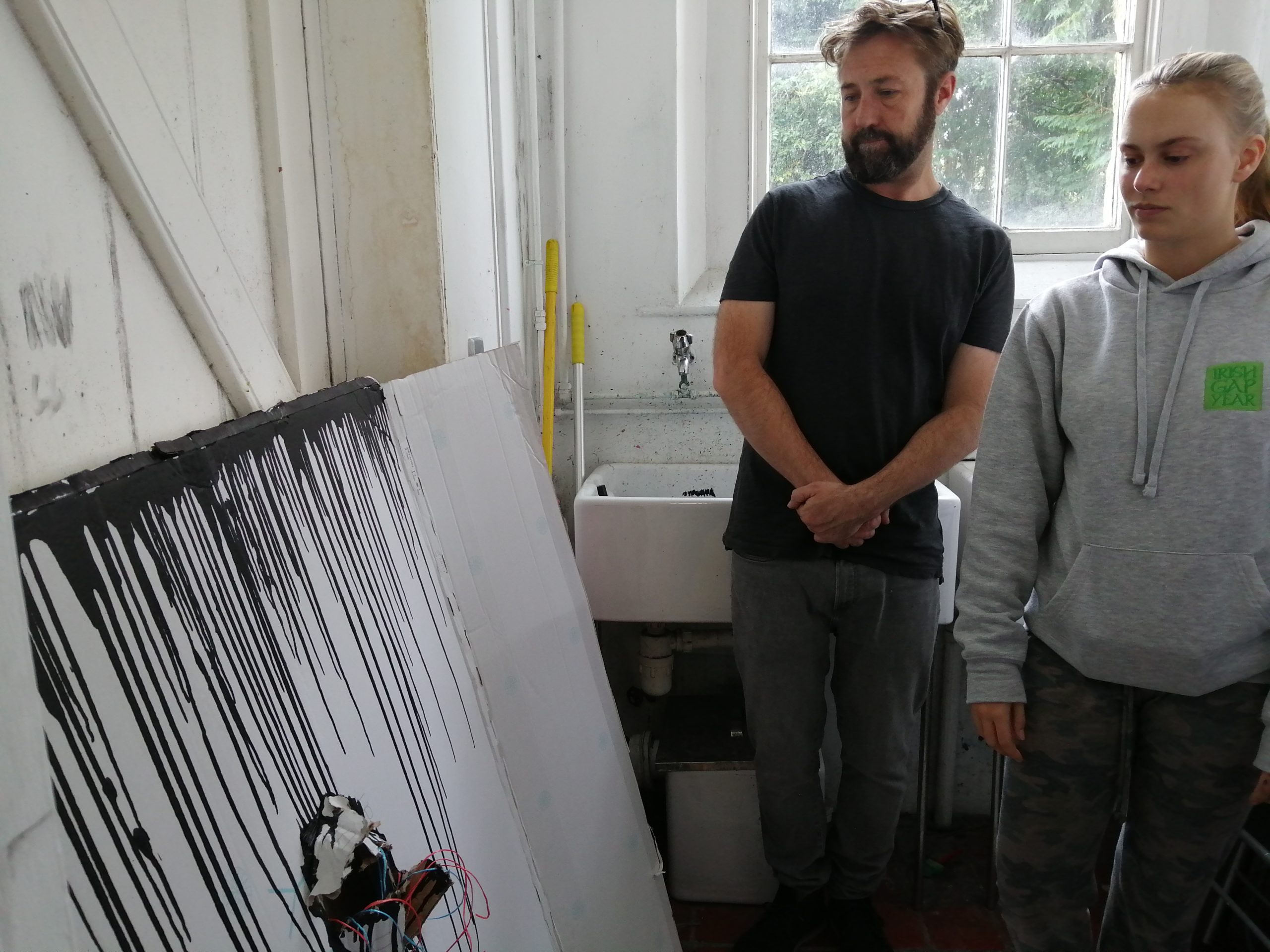 Edwin Mullane is the artistic director of The Corps Ensemble. He trained at the highly regarded Focus Stanisvlaski Studio in Dublin, and continues to work under the close mentorship of his good friend and teacher, legendary Irish Actor, Tom Hickey. In 2016, Edwin completed the Advanced Actor Training for TV and Film at Bow Street.

His most recent credits as a director/producer include Ireland’s call by John Connors which has toured to venues across Ireland, the UK, Australia, and the US. Selected theatre credits with the corps include: Oisin in Philip Doherty’s Close to the Sun, Hughie in Made In China and Goss in Tracy Lett’s modern classic, Bug.

Edwin has worked with many leading Irish theatre companies and was part of the celebrated Druid ensemble for Druid Murphy, five times winner at the Irish Times Theatre Awards.

You can see the films of our previous students that were working with Edwin here. 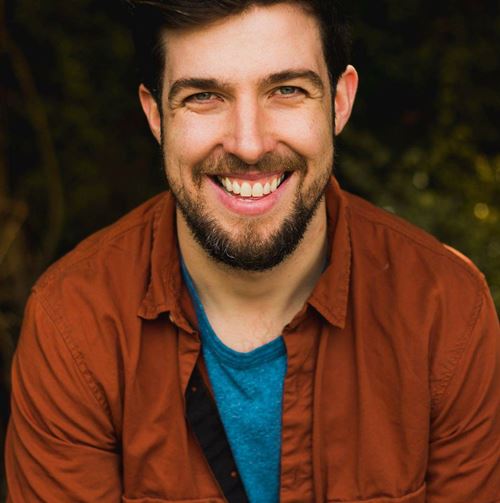 Born in the Shetland Islands, Scotland, Anna Leask moved to Sligo in 2000 and studied Fine Art in IT Sligo receiving her BA (Hons) in 2016. She has also studied Film Production and TV and Film Editing. Leask has since gone on to teach art and photography to different groups in schools, art centres and corporations. She works as an exhibiting artist and also as a documentation photographer for events and workshops. For the past two years Leask works as a part time picture framer, helping other artists get their work ready for exhibitions.

In her art practice Leask mainly works in a photographic printing process called Cyanotype which incorporates new digital technology and drawing. Her medium for painting are in oils or gouache and she tends to use alternative supports for her work, using boards and sizing with traditional gesso. Her art work has been included in group shows in The Model Arts Centre, The Dock Arts Centre, The Hyde Bridge Gallery, Leitrim Sculpture Centre and around the North West of Ireland. Leask was awarded a placement with American painter David Jon Kassan in 2015 in the RHA in Dublin. She was also awarded with a six month residency in The Dock Arts Centre in 2017. 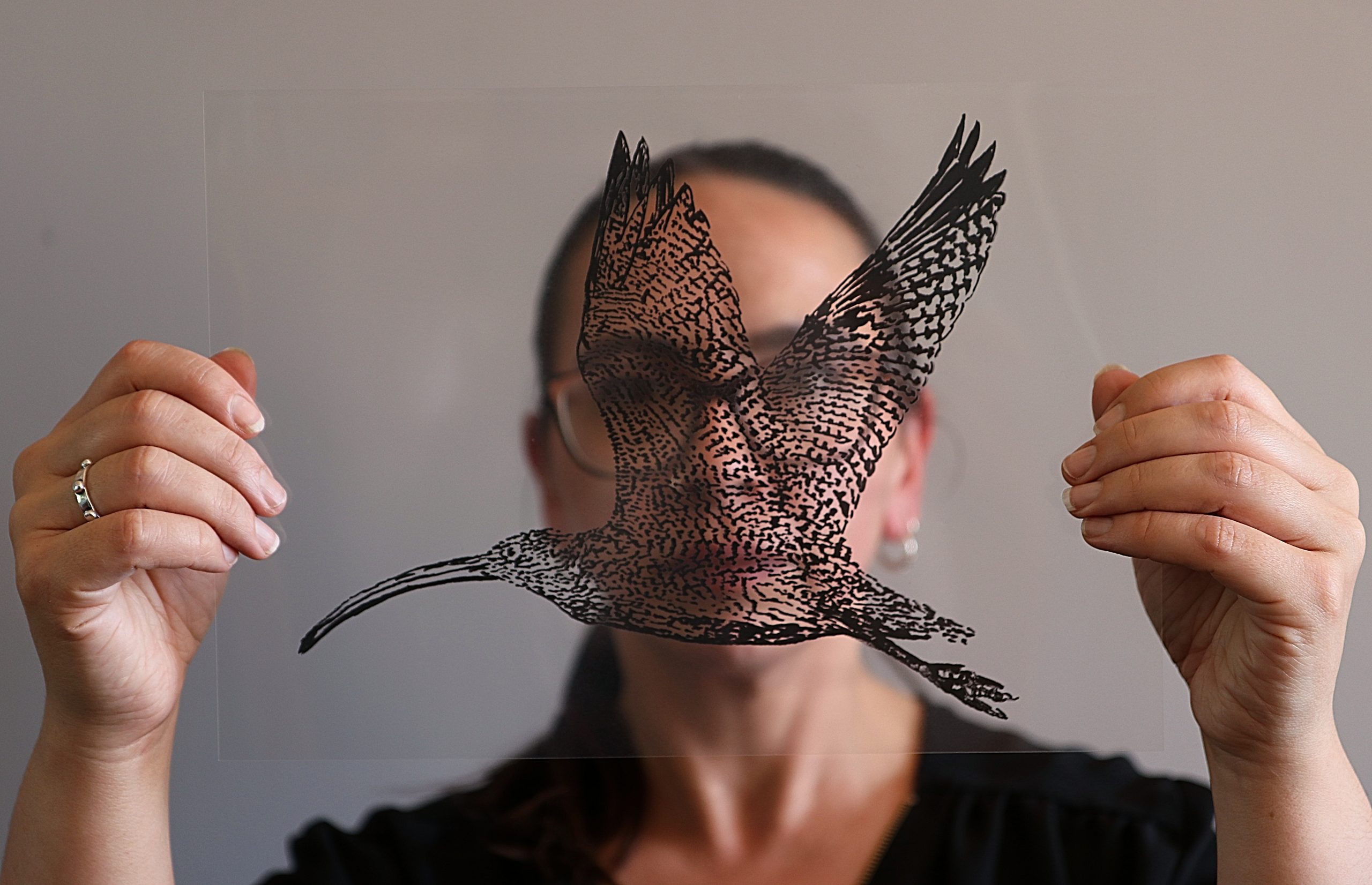 In the past people took pride in making and owning goods that would last them a lifetime. I have been a Leathersmith since 2006, having first being introduced to Leathercraft by a Japanese friend of mine named Masaki. Every single step of the process is done by hand and the sense of satisfaction that comes with completing a piece of work is in my experience, quite remarkable. My absolute passion is carving leather which is the process of creating beautifully textured 3-d artwork in the leather. I am delighted to have the opportunity to be able to share with you the art of Leathercraft and by doing so, playing a small part in keeping the tradition alive. 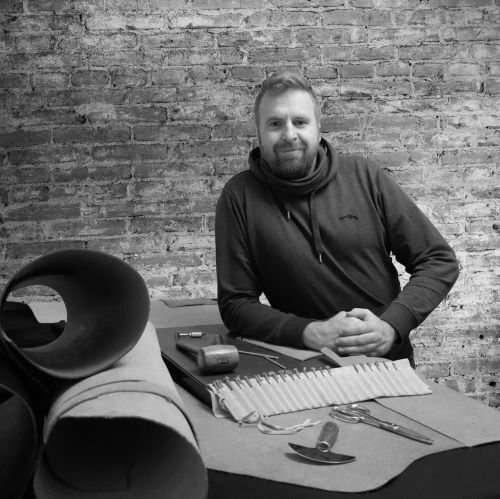 Rossa Byrne is a Donegal artist who has spent over 5 years honing his craft creating bespoke bog oak jewellery. His inspiration came at an early age being surrounded by creative family and friends. Spending his time growing and practicing his work finding new techniques along the way. He has been researching and developing ways of fusing the Magic of Ireland, and the beauty it provides in the form of this unique wood. Bog oak can be anywhere from 3000-8000years old. This wood has been perfectly preserved in Irish bogs, where time has stood still and allowed the wood to strengthen over time. Rossa takes inspiration from the nature that surrounds him along the coast of Donegal and from Ireland’s heritage. He treats the bog oak with the respect it deserves and highlights its natural beauty and texture. Rossa has experience teaching classes and uses a laidback approach, letting his students imagination shine through and simply giving them the tools and the use of his knowledge to help them create their own special pieces of bog oak that will last a life time. 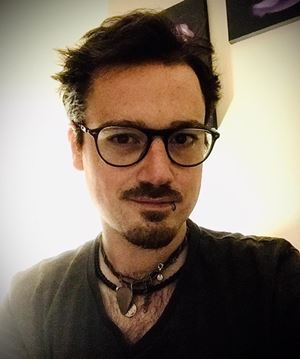 Lani Gregory: I have loved drawing and painting for as long as I can remember. As an only child born and raised in Co.Clare, I adored roaming the fields with friends, many lands were visited and kingdoms discovered in the Clare hills, but the quiet times were as cherished and many hours were spent drawing by the range.

Money was tight but my inspiration for my art comes from those years of simple living, in an old cottage, organic fruit and vegetables, chickens, ducks, compost toilets, summer meadows and a rickety campervan but I have wonderful memories. I have an illustrative style and enjoy both watercolours and acrylics. 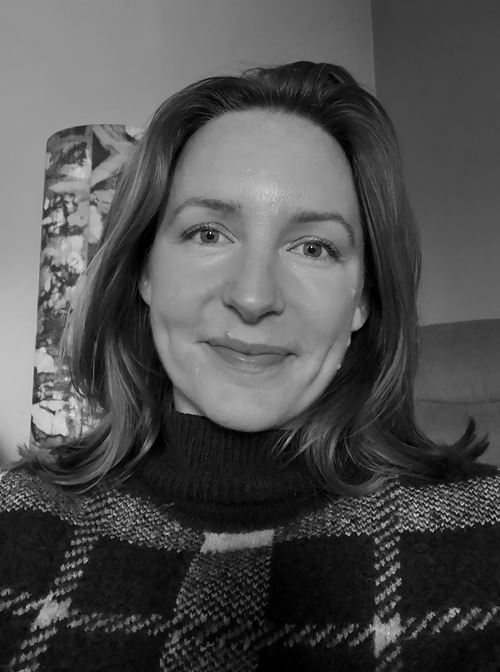 Paschal is an award-winning mixed media lens-based digital artist with a fine art background He will be encouraging students to evoke their individual passions and outlooks and bring to the fore their own unique personal style.

Well-practised in landscape, photojournalistic, and wedding photography he has more than an avid interest in assemblage photography and creating photographic art within the abstract and minimalist genres.

The outstanding and stunning natural sea and landscapes on our doorstep along with the urban charms of Bundoran are an ideal environment to discover, learn and develop in all ways and styles 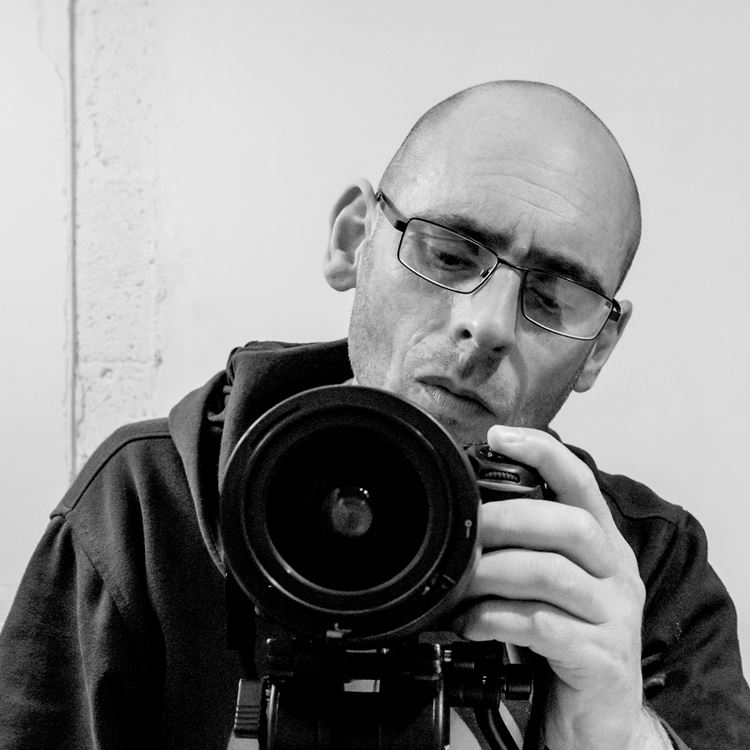 Barry Sweeny (Localhands.ie): Has worked extensively as a decorative artist throughout Ireland, Europe, US and now works as an artist back in his hometown.

Inspired by all that the north west of Ireland has to offer, Barry is currently building on a collection of oil and watercolour paintings and drawings taking in the natural landscape, the built environment, the history and heritage, and of course the Wild Atlantic shore. Barry will be working with his students to create a series of watercolor landscape paintings. 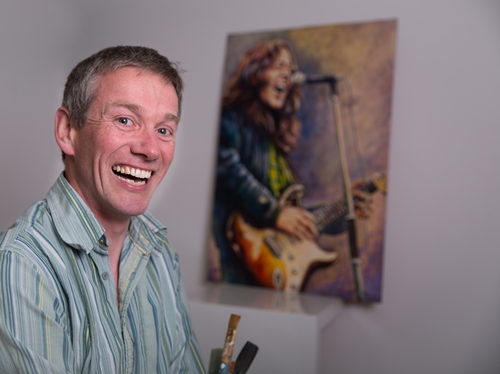 Jim McIntyre (Local Hands.ie): Jim is woodcarver and folklorist from Ballyshannon Co. Donegal and brings a wealth of wisdom, a warm heartedness and great humour with him to his wood-carving workshops. Jim’s traditional folk-art is styled on ancient Gaelic mythology and culture. Jim will work with his students to create a range of carved mythological figures.

Francey Cassidy (Local Hands.ie) ‘’A native of Donegal Town I worked as a carpenter for thirty odd years until overcome by the urge to follow my passion for artistic work. As a child I had watched a monk in Mountmellery Abbey turn a wooded bowl and that stayed with me ever since.’’ 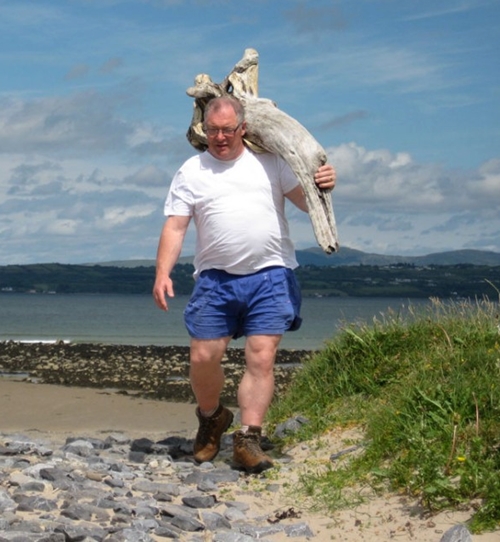