A Visit to the Bright Lights of Dublin 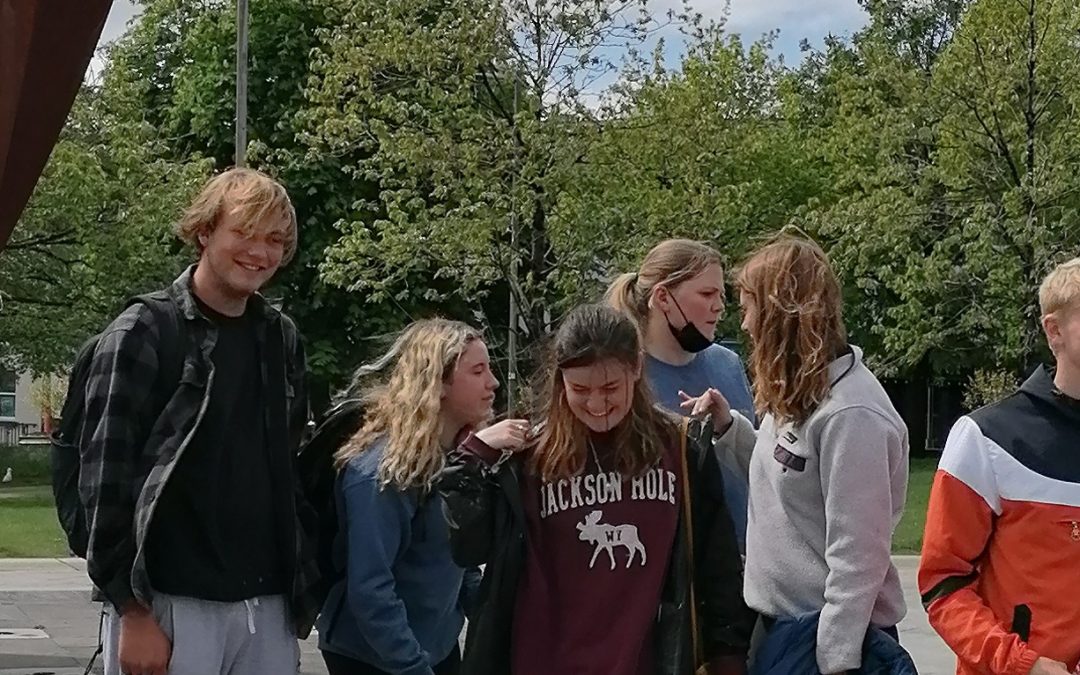 Firstly, departing! Generally not usually a difficulty, but a mild wardrobe/washing machine malfunction saw us leaving 3 hours later than scheduled. That aside, we still managed a visit to the Trinity Science Gallery and quick tour of the campus. This definitely got many Gappers excited about future educational prospects.

With some minor mishaps the following morning in forward planning we were unable to make the tour of Kilmainham Gaol due to it being booked out. But with every grey cloud there is a silver lining, as we ended up on a very animated walking tour of Dublin that incorporated many key points the Gappers had been hoping to see but couldn’t fit into their original plan.  We ended the tour at Trinity where we decided to check out the Book of Kells. Especially exciting for Liam who was set on seeing “his book”!

After a quick break for lunch we regrouped back at Trinity gates to put our afternoon plans into action. The group parted ways with some heading to the Guinness Storehouse with Karl and others going to the Chester Beatty Library and on to the Queen of Tarts for some rather fabulous desserts and Irish Coffees.

That night we had a Gap Year family meal and caught up on the days events and reformed the plans for the following day.

In the morning we all went to the National Museum of Ireland for our last full group activity of the trip. Not sticking strictly to schedule we decided it might be a good idea to have some free time. We wandered the city exploring and shopping before bussing back to Bundoran, exhausted but happy. A hugely successfully planned trip by the Gappers with the upside that they now have an appreciation, from planning, of all the work that goes into their activities and tours.

See more pictures of their visit on our Facebook page!